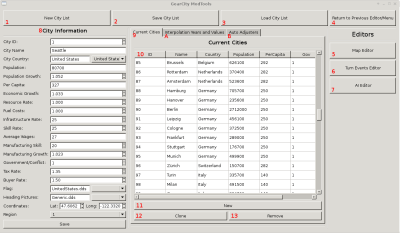 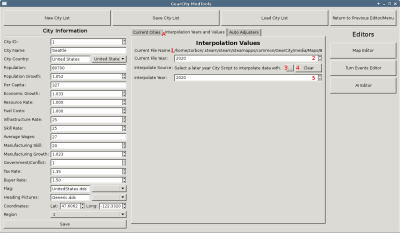 Fill out the data on the left hand side. When you're ready to add the city, click the “Save” button ( #2 in this picture). There you go. You've added a city to the Current Cities list.

Please Note, if you're removing cities to an existing city.xml file that has other files that depend on it, you should use the Auto Adjusters to reduce your work load. See Automatic Adjuster Helper for more details.